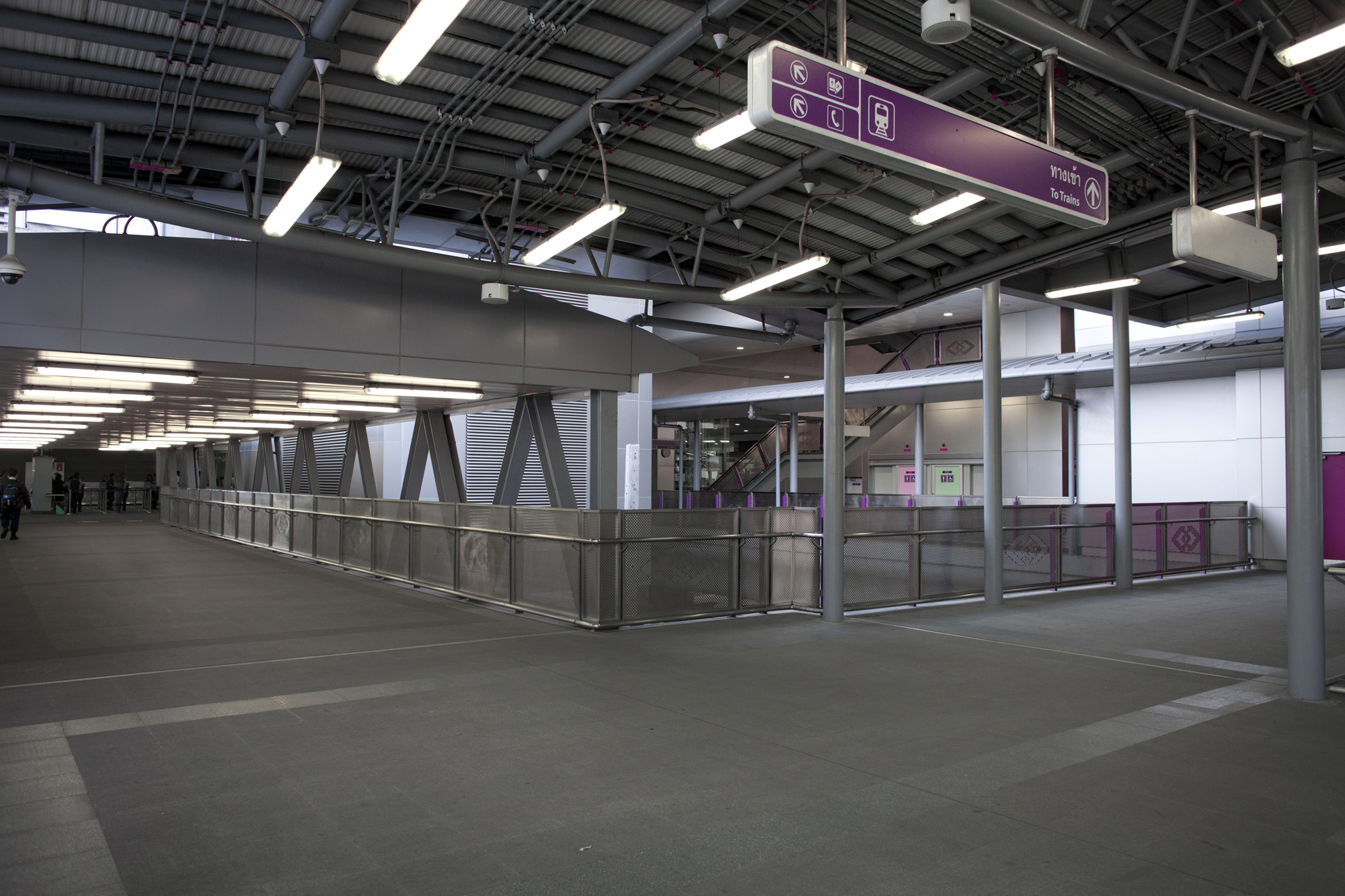 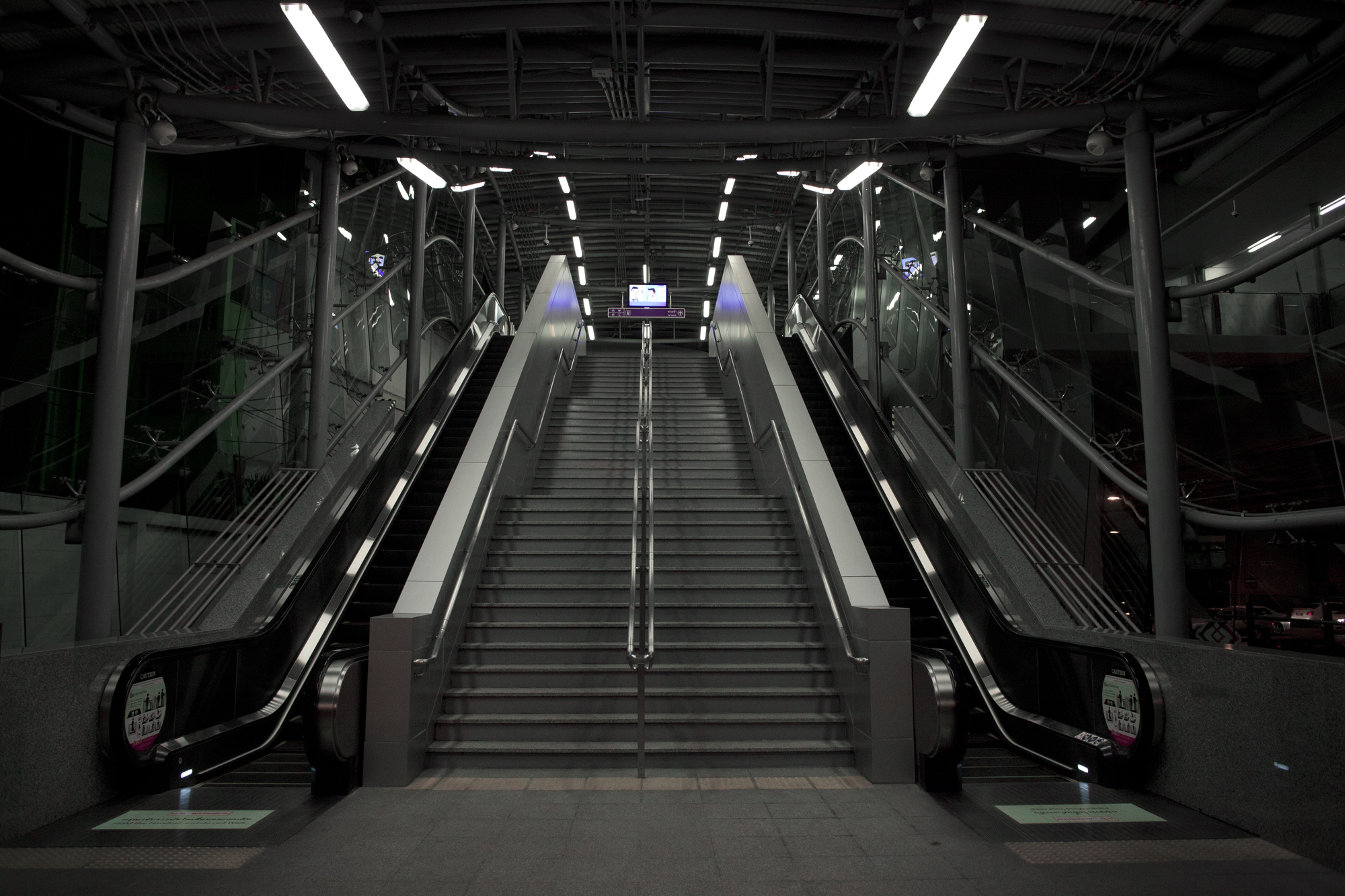 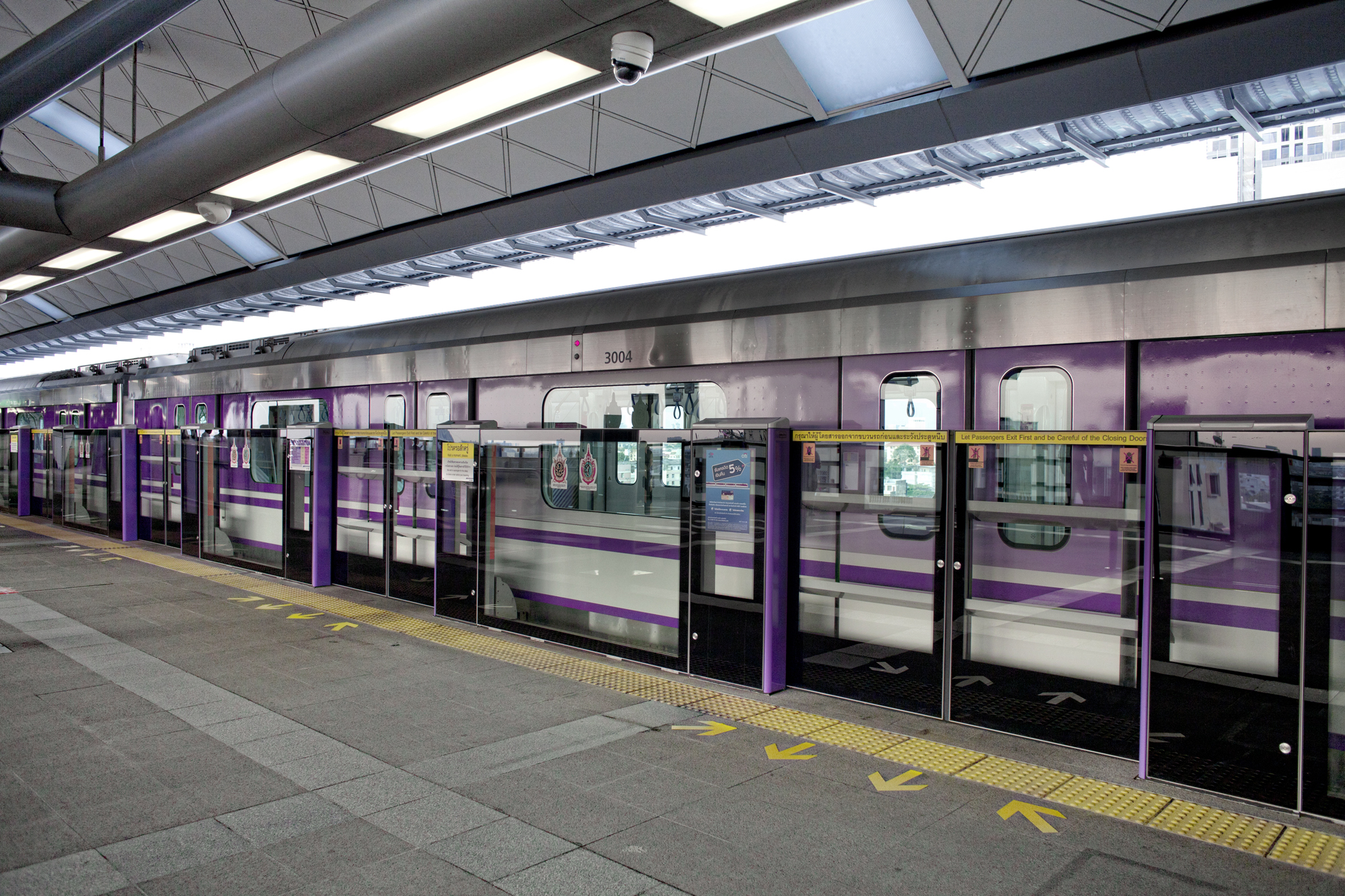 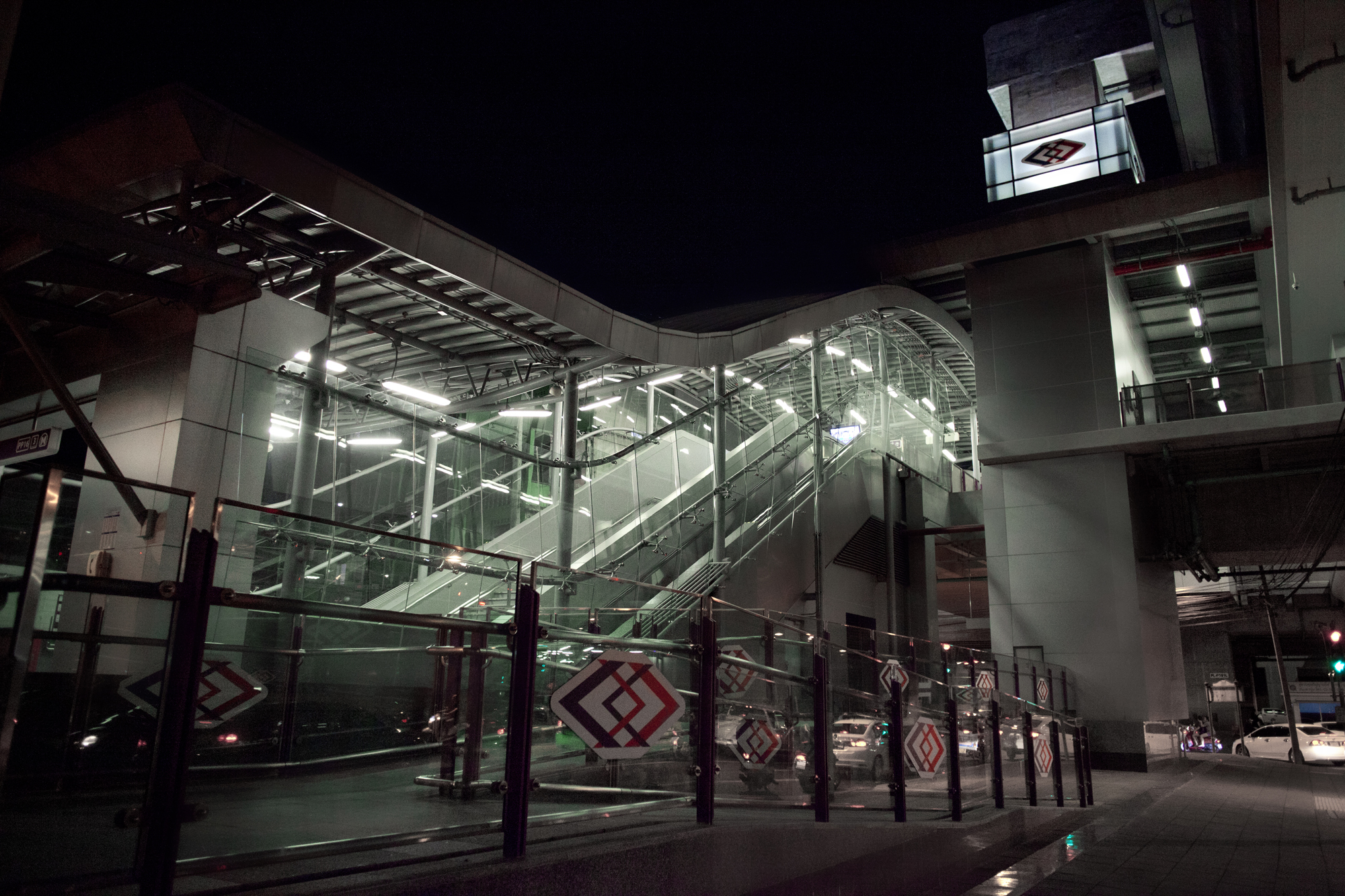 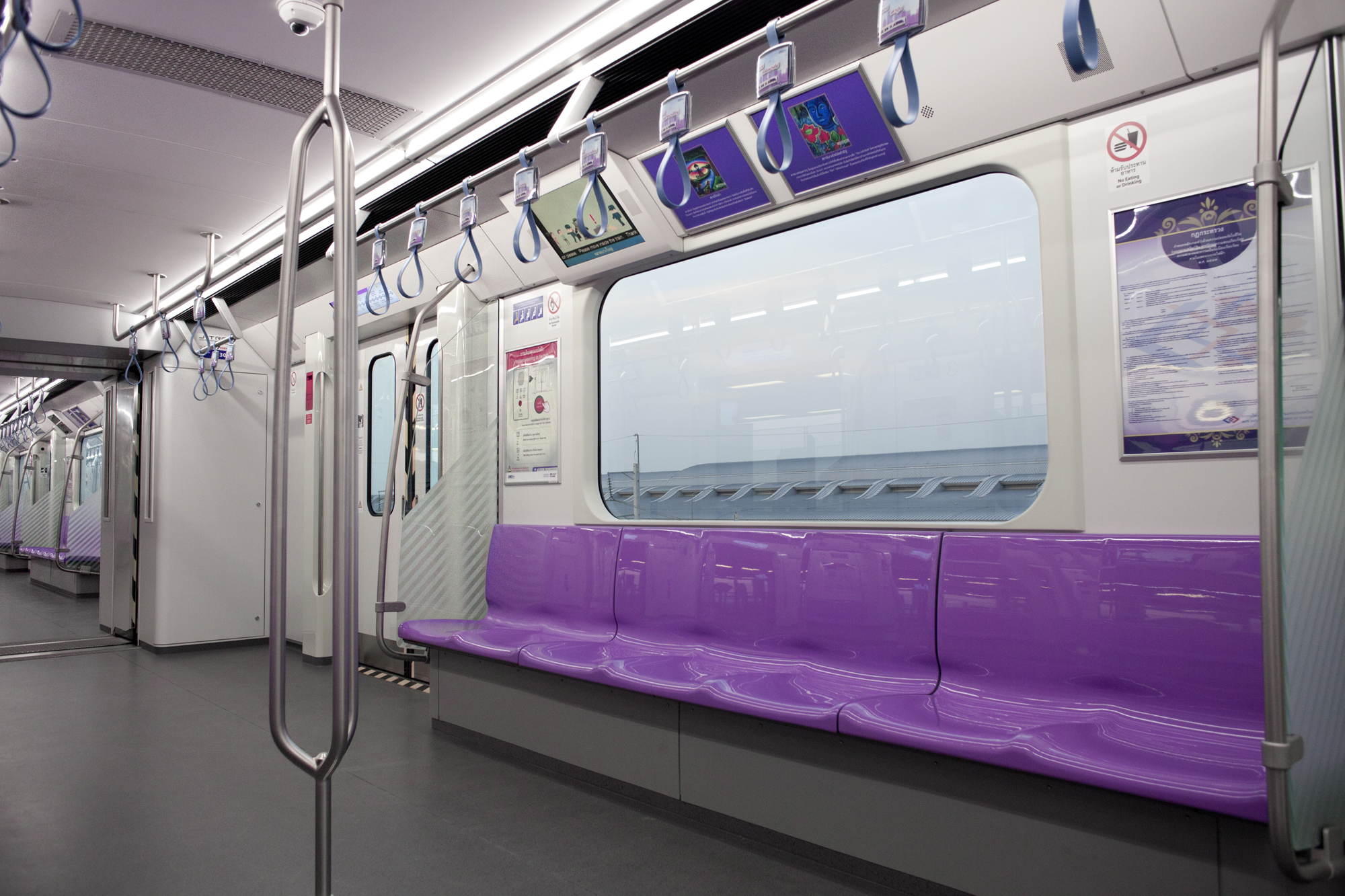 The MRT Purple Line officially the MRT Chalong Ratchadham Line opened for service on 6 August 2016 and is the second line operated by MRT and the city’s fifth line.

The Purple Line will serve travellers between the north-western suburbs of Bangkok in Nonthaburi Province and the southern area of Thonburi in Rat Burana District. The line is divided into two sections, – 23 km of elevated section from Tao Poon – Khlong Bang Phai, which came into operation in August of 2016, and the yet to be built 19.8 km underground section from Tao Poon – Rat Burana.